The Physics of Marketing 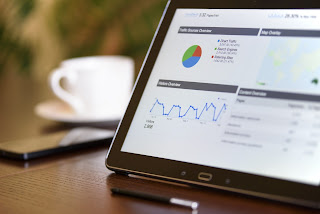 Who's studied physics in school/uni? who studied marketing in university? Physics is an interesting subject because it tells many things about the universe, even marketing.

I like both topics, marketing and physics. Physics because I chose this subject as my specialized skill. In physics, we have much research to be solved for our better future. Whereas in marketing, it's very practical skills that useful for my past business and projects, such as implementing a marketing strategy for my books.

Now let's go deeper into the correlations between marketing and physics. according to dan Cobley,  marketing director at Google, he stated in the TED talk that there is a correlation between newton's law and Heisenberg's uncertainty principle.

So, let's start with the simplest one, the first is newton's law. the first law is about force=mass x  acceleration. that's means for a larger particle -- a larger mass -- it requires more force to change direction. It's the same with brands: the more massive a brand, the more baggage it has, the more force is needed to change its positioning. That's why companies like Unilever and P&G keep brands separate, like Ariel and Pringles and Dove rather than having one giant parent brand. So the physics is that the bigger the mass of an object the more force is needed to change its direction.  It explains why Hoover found it very difficult to persuade the world that it was more than vacuum cleaners,  The marketing is, the bigger a brand, the more difficult it is to reposition it.  So think about a portfolio of brands or maybe new brands for new ventures.

Now, who remembers Heisenberg's uncertainty principle?  Getting a little more technical now. So this says that it's impossible, by definition, to measure exactly the state -- i.e., the position -- and the momentum of a particle, because the act of measuring it, by definition, change it. So to explain that -- if you've got an elementary particle and you shine a light on it, then the photon of light has momentum, which knocks the particle, so you don't know where it was before you looked at it. By measuring it, the act of measurement changes it. The act of observation changes it. it's the same in marketing. So with the act of observing consumers, changes their behaviour. Think about the group of moms who are talking about their wonderful children in a focus group, and almost none of them buy lots of junk food. And yet, McDonald's sells hundreds of millions of burgers every year. So the physics is you can never accurately and exactly measure a particle because the observation changes it. The marketing is -- the message for marketing is -- that try to measure what consumers actually do, rather than what they say they'll do or anticipate they'll do.

Another fundamental rule of physics that relates to marketing is, are that opposite poles of a magnet attract each other. You have probably seen the science experiment where the same poles of a magnet push each other away and when you reverse one magnet they are attracted to each other. However, when it comes to marketing some people want to ignore the Laws of Physics thinking they don't apply to the market. We totally get it. Maybe you didn't like science class or maybe you think only psychology applies to marketing. What do we mean by this? You see something your competitor is doing and assume it is working. You like the look and feel of something you see posted by a competitor and the implication is it will work for you. Being popular makes it more popular.  The real question is did you get more customers?  Maybe it is time to be the opposing force. In a vast sea of sameness, how do you stand out? You don't! You repel potential customers. Instead of selling the same product or service in the same way, tell the story of why. Why do you do what you do?  What lead you to your service offerings? How are you different? Believing if you do more of something it will work.

So to close, my physics teachers in senior high school and universities told me that physics is cool. The idea is not just how you can apply physics to marketing but what other divergent worlds we can connect with each other.  Al Ries and Jack Trout point out in their book, The 22 Immutable Laws of Marketing, that marketing is not  “black art” where knowledgeable practitioners are guessing.  They rightly state that “Marketing has a set of laws as constant as the speed of light.  Violate them at your own risk.